Now in its 33rd year, the state-wide event allows secondary students aged 12 to 14 to compete in public speaking before local groups.

Schools across NSW conducted their own internal competition to select two representatives for the award.

In her impromptu speech, Harriet argued that “the feminist movement really only advantaged those in the upper echelons of society”, while Kimberley explored sexual stereotyping and sexual identity. 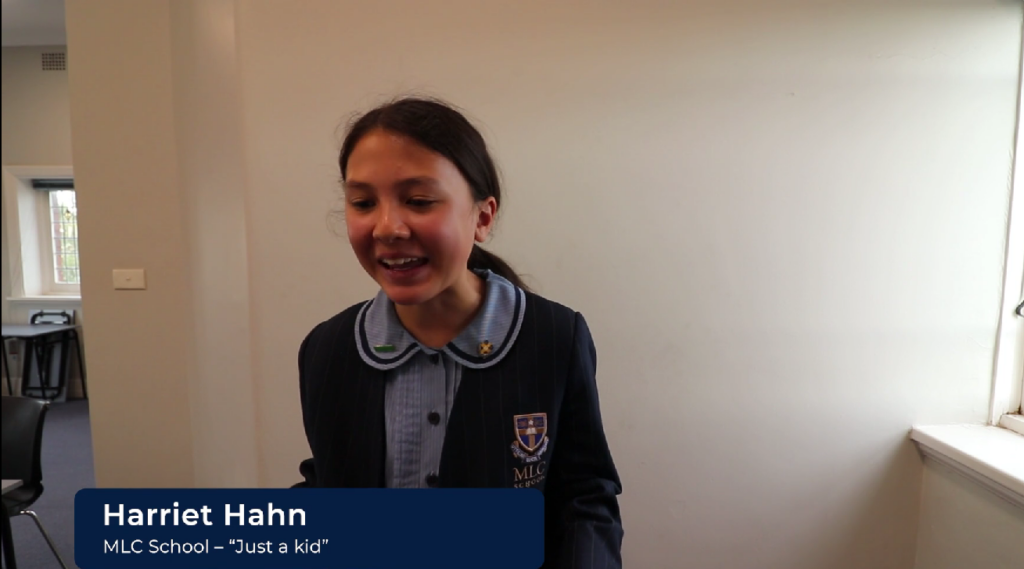 Speakers were encouraged to consider the Legacy values and how one of these might fit within the broader context of the thought-provoking and engaging topic they chose to address.

The final took place online via Zoom on Friday, 19 November, with eight students, all female, from across the state contesting in the competition.

Harriet received a gift card courtesy of Sydney Legacy for her achievement.

The Legacy Junior Public Speaking Awards aims to build students’ confidence when speaking in front of an audience and raise awareness and appreciation of Legacy’s values and the importance of remembrance. 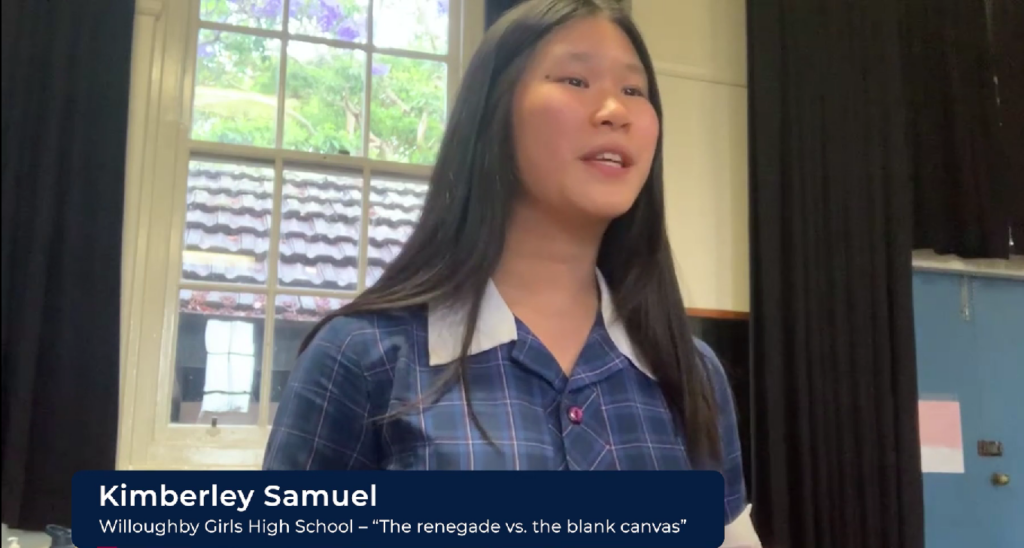 Legacy was well mentioned throughout, and Sydney Legacy would like to congratulate all finalists for their outstanding efforts. Our special congratulations go to Harriet Hahn.