On 6 February 1954, Queen Elizabeth II and Prince Philip, the Duke of Edinburgh, visited Legacy House in Castlereagh Street during their much-anticipated royal tour of Australia and New Zealand.

The Queen’s arrival at Farm Cove on 3 February had marked the first time a reigning monarch had visited the country, with the event attracting an estimated 1 million onlookers. 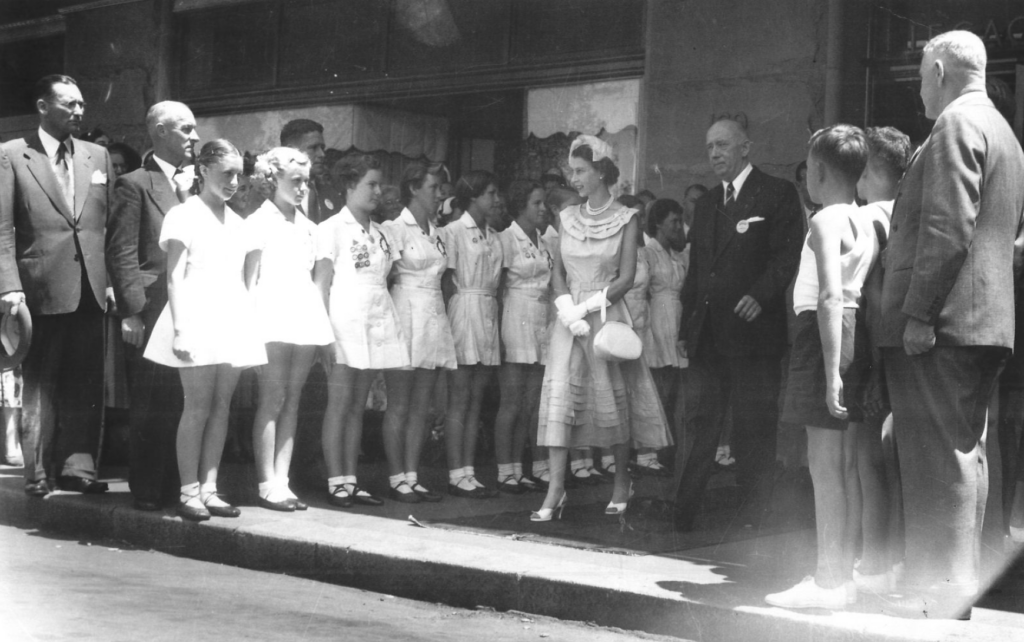 Consequent to this visit, Prince Philip was offered honorary membership of Sydney Legacy. He accepted and remained a member until his death on 9 April 2021.

His interest in Legacy remained strong, and in the preface to the RSL’s centenary publication, he mentioned both the RSL and Legacy as being top of his mind. He would visit Sydney Legacy once more, this time, on Anzac Day in 1965 during a solo visit to Australia.

In a 1971 letter to Sydney Legacy, Prince Philip congratulated the members of Legacy throughout Australia for their “splendid and immensely valuable work.”

“Ever since 1954 when I became an Honorary Member of Legacy in Sydney, I have been keenly interested in this unique organisation,” he wrote.

“I doubt whether there is anything quite like it anywhere else in the world.” Throughout the years, other members of the Royal Family have also visited Sydney Legacy, including the Prince Henry, Duke of Gloucester, and Princess Alice, Duchess of Gloucester, on 19 December 1945.

Lord and Lady Louis Mountbatten also had a wonderful day with the Legacy children on 29 March 1946, and he, as Earl Mountbatten of Burma, visited again on 9 April 1956.

Sydney Legacy has been blessed with support from the Royal Family over many years.

Australian Defence Force Personnel Raise Over $40,000 in the ‘Battle of the Bases’ Fundraiser

With most Australian Defence Force Personnel unable to take to the streets fundraising for Legacy Week this year, many instead took part in the ‘Battle of the Bases’ ...